Terry Lloyd has spent over thirty years in the world of development. After training as a mechanical engineer, he joined Rolls Royce Aero Engines in the compressor design office. He then joined the Mechanical Engineering Department of Nottingham University, within a team solving technical problems using early computer systems. During his time there he was awarded his PhD. He then moved into the mainstream computer world where, at Perkin Elmer, he helped to design and develop the first commercial software suite for mini-computers. From there he moved to the financial division of DataLogic where the first video and digital switches for trading room systems were built and then to Telerate a leading supplier of financial market data. He is now a director of St. Mawgan & Co., a London-based consultancy specialising in risk management, strategy consulting, and behavioural finance modelling in finance, business and risk-taking. 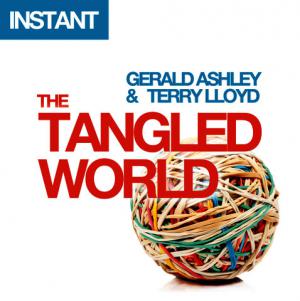 The Tangled World
By Gerald Ashley and Terry Lloyd