The story of John McCarthy 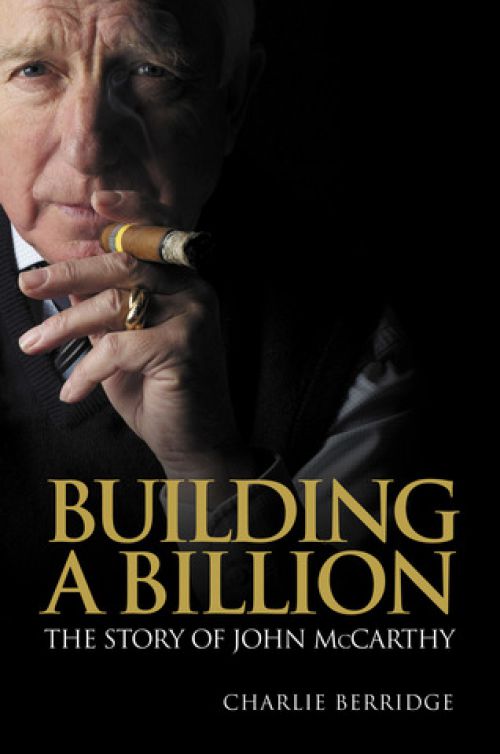 The story of John McCarthy

John McCarthy MBE, of McCarthy & Stone, is a self-made multimillionaire. He and his family have been long-term members of The Times Rich List. One of the best examples of the self-made man, John started working life at fifteen as a “chippy”. Every venture he has embarked on, he has achieved with drive and success. His legendary reputation is as the most successful builder of retirement homes across Europe. He has also built and skippered winning ocean-racing yachts. He has owned and run a top polo team. He became a big game hunter and avid game bird shooter, underwater diver, skier and squash player. He makes other septuagenarians look really old.

In this book John McCarthy recounts his fascinating life story so far. But these are not just the interesting memoirs of a successful man. John’s tussles with bankers and lawyers, planners and politicians, Government red tape and political autocracy, competitors and recalcitrant employees tell a story that has real relevance to all aspiring entrepreneurs in whatever field of endeavour. John McCarthy’s rules of engagement and how to build a billion pound company are as topical now as they were when he did it.

Charlie Berridge was born on the Glorious 11th August in 1949. He attended the King's School at Ely where he fagged for Alan Yentob but not the future Lord Browne. He wanted to farm, became a ten pound pommie and joined the Royal Agricultural College as a "mature" and married student. His first proper job was at the Golden Wonder potato crisp company in Market Harborough. Having learned about sales and marketing he left to work on his own companies with like minded friends. Village Green Country Crafts, You Must Be Joking, Retail Concepts and Minds Eye took him from hand made rural crafts to Whoopee cushions into fashion jewellery and greetings cards.

In 1999 he had a heart attack and took off for the High Pyrenees in France where he lived in his mountain retreat. He adventured around France in an absurd three-wheeled vehicle raising awareness for the heart charities of France and Britain. In 2004 he returned and took an MA course in creative writing in Bath Spa university. He published his first book, "French Letters, a journey to at least three places" in 2007. He is a regular correspondent for some of the better glossy country sporting magazines

He likes fine food and even finer wine. He has three children from his first marriage and a son in his second brood. He has four grandchildren; a pair each in Australia and Hawaii. He lives in Somerset.