Investment risks and opportunities in a turbulent world 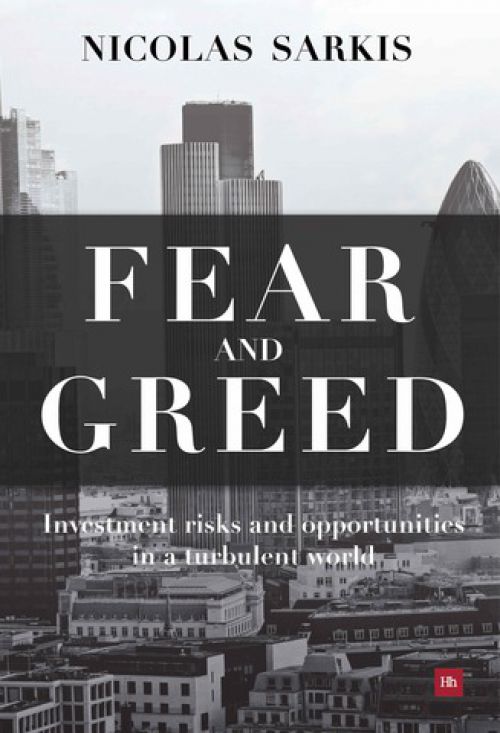 Investment risks and opportunities in a turbulent world

The early 21st century has been a period of extreme fear and greed in the world’s financial markets. Vast sums of wealth have been lost by some, but also made by others. Faith in the investment industry is now at its lowest-ever ebb, and the crisis remains far from resolution.

Fear and Greed aims to prepare investors for the financial challenges and opportunities of the next few years. Having successfully guided his firm’s investors through the turmoil since 2007, leading investment manager Nicolas Sarkis draws upon the lessons of history in order to illuminate the way ahead.

In particular, Sarkis explores the plight of equities in the developed world since the millennium and considers when they might finally recover, as well as the likely effects of reducing government indebtedness upon markets. He also offers his insights into the outlook for stocks in emerging nations, for gold and for the single European currency.

In addition to the prospects for the leading asset classes, Fear and Greed examines some of the biggest issues confronting the financial world as a whole. Sarkis focuses on the behaviour of central banks, regulators, and financial wrongdoers, especially in relation to their contribution to the current crisis.

In this lively and engaging book, Sarkis offers a clear vision of the coming years and plenty of inspiration for investors.

Nicolas Sarkis left his native Lebanon during the 1970s civil war. After graduating from leading European Business School ESSEC, he joined Goldman Sachs as the youngest ever Associate in 1993. He was promoted to Vice-President by the age of 26 and subsequently held various senior roles in the securities and wealth management businesses for over twelve years. He established AlphaOne Partners in 2006, an investment firm stressing at its model's core alignment of interests, independence and transparency. The firm focuses on a tried and tested investment process, similar to that used by the most successful university endowments. AlphaOne has won several industry awards and is now a recognised leader in its field. Sarkis is also a Trustee of Action Against Hunger, an international humanitarian organisation whose aim is to end world hunger.

“Fear and Greed tackles some of the most vital questions in financial markets today. It does so in an elegant and admirably concise fashion, offering some valuable and practical answers. Sarkis’ work is a must-read for investors seeking inspiration for their portfolios.”

“Nicolas Sarkis charts a clear and realistic path to the world beyond the Great Recession.”

“Inflation, default, fraud, the euro… Had you thought about “financial repression”? Nicolas Sarkis touches the zeitgeist by putting perspectives around ten huge investment themes of the 20-teens. Before you pick your next stock, you might find it useful to let Sarkis rationalise your worry list.”

“Sarkis isn’t afraid to make bold predictions. He also challenges the sloppy thinking that many bulls are prone to and provides a wealth of detail and historical context. He’s a useful antidote to much of the conventional wisdom out there. His book has already picked up several plaudits – some even comparing it to the work of Michael Lewis.”

“Fear and Greed is an unemotional look at the markets. Nicolas Sarkis is spot on about the European contagion. His insights about money and markets are clear and worthwhile.”

“There is plenty of sensible advice in Fear and Greed to keep investors of all levels engaged. This might just be the best book on investment you’ll read this year.”

“While less sophisticated players may well prefer to kneel and pray that the poor returns on stocks since 2000 will soon somehow be miraculously transformed into a new bull market, serious investors should instead delve into the history books.” These are the words of warning Nicolas Sarkis conveys to his readers as he heralds a… Read more »

Nicolas Sarkis isn?t afraid to make bold predictions. The stock market is in the middle of a ?lost era?, he claims. During these periods, ?equities can easily struggle for a decade and a half, until they become genuinely cheap once more. I believe that we may still be some way from reaching that point?. That?s… Read more »

About the Author
Acknowledgements
Introduction

1. A Lost Era in Equities
2. Will Deleveraging Drag us Down?
3. Gold's Glittering Path
4. Beyond hype: a Balanced Look at Emerging Markets
5. Dread, Denial and Default
6. The Future of the Euro
7. Fear and Loathing on Wall Street
8. When Rules and Regulators Fail
9. The Moral Hazard of Money
10. Central Banks: Leave, Abolish or Improve?