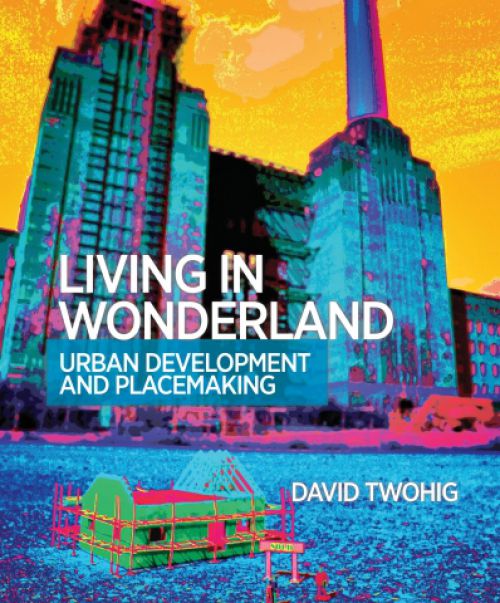 Ever lived in or visited a great city and wondered what makes it tick?

Over the next 15 years China is set to urbanise 300 million people and build the equivalent urban area of North America. London is set to grow by two million people by 2030 and in the same period Sao Paulo will increase by three million. This is the greatest period of urbanisation in human history and yet the buildings and places we are designing and developing leave a great deal to be desired.

The world’s cities are increasingly becoming a one-stop solution of homogenous shopping centres and apartment towers. With hundreds of millions of people set to move to our cities in the coming decades there is huge social responsibility to ensure that people aren’t subjected to identikit lives that compromise health, wellbeing and general happiness.

Living in Wonderland seeks to explore the challenges currently facing urban development and masterplanning and to look at how the places people live, work and shop in can define a neighbourhood or city. Exploring real-life projects across the globe – all studied first-hand by the author – the book aims to encourage debate and promote innovative solutions in development and urbanism.

The book is designed to fill the gap between the glossy and superficial coffee table books and theoretical academic papers. Its aim is to inspire practitioners and students of property development, architecture, town planning and anyone with an interest in the urban environment and to demonstrate the vital need to design places for people.

During his career David Twohig has worked on major urban regeneration projects in Europe, Russia and Asia. David started his career working for one of the most prominent property companies in Ireland before moving to Shanghai in 2005 where he was involved in the establishment of the largest western-managed development company in China. During his time as Head of Development he worked on a number of significant mixed-use projects including the 45 million sq.ft. eco-city at Dongtan. In 2008 David was invited to work on the largest planning application ever secured in London at the iconic Battersea Power Station. Today David continues in his role as Head of Design and Placemaking for the Battersea Power Station Development Company spearheading design on what is one of the highest profile urban regeneration projects anywhere in the world.

Towns and cities across the country are on a ?collision course with mediocrity? within the next few years, one of Britain’s top experts on urban regeneration warned yesterday. Millions of Britons face the prospect of a life in ?bland, homogenous metropolises? in cities little different to those being newly created in China and India, according… Read more »

01. Introduction
The Future World
About Me
About the Book

02. Cities and Districts
The Urban Village
Two sides of a city
Unique Identity
Ranking Cities' Liveability
Geography
The Global Property Market
Investor and Seasonal Cities
Slums and our Cities
The Best and worst