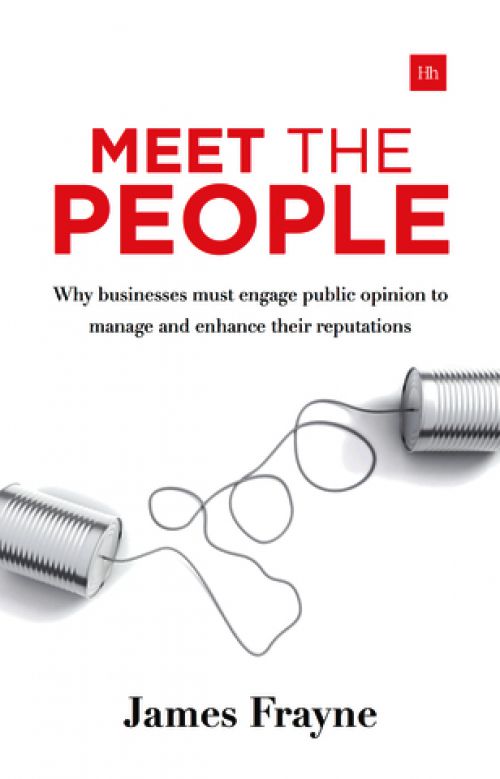 The power of the public

A revolution has taken place in corporate communications in recent years. Democracy has arrived. The ongoing expansion of the web – and above all social media – means the public have the power to shape the image and reputation of businesses in giant public conversations. On social media platforms, blogs, consumer websites, web forums and comment threads, ordinary people are taking the lead in defining how businesses are seen by the outside world.

The challenges posed by the new power of the public mean corporate communications increasingly resembles political campaigning. In this world, as in politics, businesses must put the public first. They must engage the public in fast-moving, emotional, two-way conversations. Businesses have to be the most influential and credible voice amongst many; they must become experts in public persuasion.

Communications consultant James Frayne explains what businesses can learn from political campaigns to help them deal with these new challenges. Drawing on interviews with respected political consultants and case studies of successful campaigns, Frayne reveals how the best campaigns engage public audiences and shape their views, and shows how businesses can implement these techniques and strategies in their corporate communications.

‘Meet the People’ is required reading for modern businesses that want to know how to lead the public conversation that surrounds them.

James Frayne has worked at the highest levels of corporate, political, and government communications. He was director of communications for a British government department between 2011 and 2012, having previously worked for some of the biggest brands in the world in communications agencies in London and for a number of high-profile political campaigns.

James began his career working for Business for Sterling, the successful campaign against British membership of the European single currency, and he managed the No campaign against the proposed North East Regional Assembly in the 2004 referendum, which won an upset landslide against the government-backed Yes Campaign.

He also worked for the think tank Reform - helping launch the Doctors for Reform campaign to change the NHS - and has been campaign director of the TaxPayers Alliance. In 2011 the Guardian described him as being "one of the best Tory-leaning strategists".

He has written for The Spectator, Daily Telegraph, City A.M., the BBC News website, The Business magazine, PR Week, CorpComms magazine, and various blogs, including Conservative Home. The editor of Conservative Home named James blog - Campaign war room - Blog of the Year in 2010.

“Businesses in the City and elsewhere are increasingly worried about what the public are saying about them – this fascinating and brilliant book explains what they can do about it.”

“Companies increasingly operate in the ‘court of public opinion’. They cannot be anonymous anymore, just as their customers and stakeholders are no longer anonymous. James Frayne understands this and brings his considerable experience of successful campaigning to bear on this topic that should be of interest to any CEO or Head of Reputation.”

Communication used to be top-down: serious journalists with economics and politics degrees wrote informed articles and readers learned from them. All that has changed with the populist takeover of the internet. In Meet the People, communications consultant James Frayne examines how business people can work with our new reality, where information is shared by all,… Read more »

Organisations must see themselves as others do, argues James Frayne in this thorough, well-researched and practical assessment of corporate communications in a digital, social media world. Networks have led to an explosion of publishing power: we have moved from 20th century, Bernays model of corporate PR where companies were in ?transmit? mode, operating through the… Read more »

Gorkana talks to James Frayne about his new book ‘Meet the People – why businesses must engage with public opinion to manage and enhance their reputations’. In it he argues that radical changes to the media demand a new approach to corporate communications, how comms professionals need to orientate themselves to a campaigning state of… Read more »

Think about the last time you bought a car, booked a holiday, chose an airline, went to the cinema, made a reservation at a restaurant, or hired a removal company. The chances are you made your decision having searched for others? opinions online, rather than looking in newspapers or watching (or noticing) ads. Think too,… Read more »

About the author
Author's note
Acknowledgements
Introduction: Meet the People