The History of Mining

The events, technology and people involved in the industry that forged the modern world 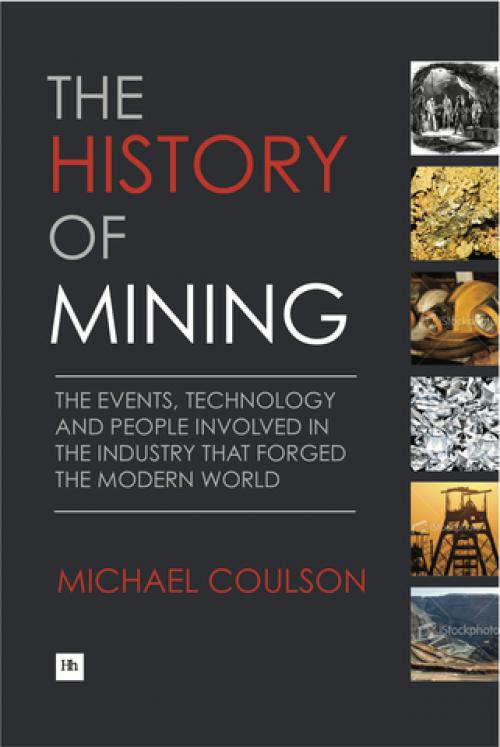 The History of Mining

The events, technology and people involved in the industry that forged the modern world

THE INDUSTRY THAT FORGED THE MODERN WORLD

Throughout history metals and raw materials have underpinned human activity. So it is that the industry responsible for extracting these materials from the ground – mining – has been ever present throughout the history of civilisation, from the ancient world of the Egyptians and Romans, to the industrial revolution and the British Empire, and through to the present day, with mining firms well represented on the world’s most important stock indexes including the FTSE100.

This book traces the history of mining from those early moments when man first started using tools to the present day where metals continue to underpin economic activity in the post industrial age. In doing so, the history of mining methods, important events, technological developments, the important firms and the sparkling personalities that built the industry are examined in detail. At every stage, as the history of mining is traced from 40,000BC to the present day, the level of detail increases in accordance with the greater social and industrial developments that have played out as time has progressed. This means that a particular focus is given to the period since the industrial revolution and especially the 20th century. A look is also taken into the future in an effort to chart the direction this great industry might take in years to come.

Many books have been written about mining; the majority have focused on a particular metal, geographical area, mining event or mining personality, but ‘The History of Mining’ has a broader scope and covers all of these essential and fascinating areas in one definitive volume. 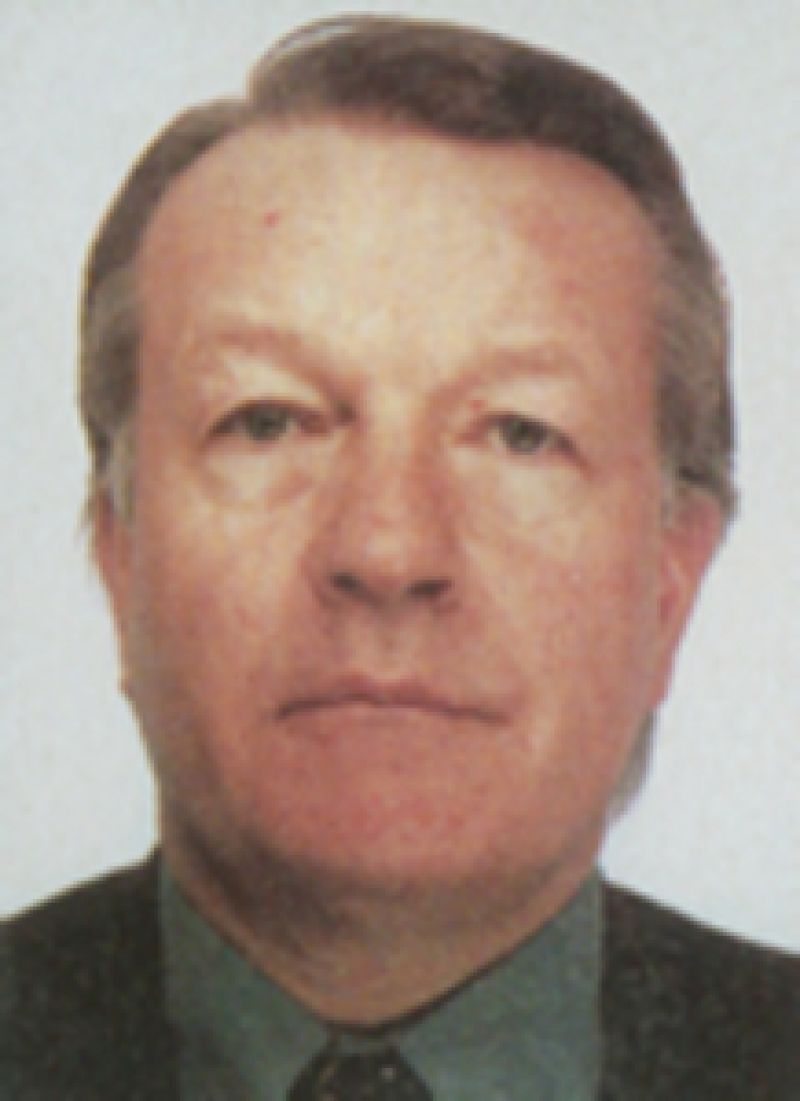 At Messel and later at Phillips & Drew and Kitcat & Aitken he was regularly in the top 3 gold analysts in the Extel Analysts Survey. After spells at County NatWest, Credit Lyonnais Laing and Nedcor Securities he joined Paribas to head its Global Mining Team. He left Paribas in 2000 following the completion of the merger with BNP. Between 2002 and 2004 he was Chairman of the Association of Mining Analysts and is a non executive director of City Natural Resources High Yield Trust. He is also the author of the 'Insider's Guide to the Mining Sector'.

“There is much in Michael Coulson’s magisterial history of mining that will be of inestimable value to anyone with an interest in this industry that touches all our lives.”

From Australian Journal of Mining:

In coming issues, AJM will profile some of the most influential figures in the history of mining. The rollcall of characters includes entrepreneurs, explorers, barons, magnates, politicians, scientists, financiers and scribes. The series will start in the ancient world and move forward chronologically to the industrial revolution and British Empire, to the present day. The… Read more »

Thomas Frood was one of a large number of amateur mineral prospectors who opened up the great Canadian north for mining development. Frood, however, was one of an exclusive group who could claim a major discovery, which in his case was the Sudbury copper and nickel district of central Ontario, the home of Inco and… Read more »

The history of gold prospecting in Australia is populated by countless thousands of mostly unlucky and long forgotten men. One of the few whose name still survives is Paddy Hannan, who found the fabulous Kalgoorlie gold field in Western Australia in 1893 and whose statue is still to be seen in the centre of Kalgoorlie… Read more »

Throughout history metals and raw materials have underpinned human activity. So it is that the industry responsible for extracting these materials from the ground ? mining ? has been ever present throughout the history of civilisation, from the ancient world of the Egyptians and Romans, to the industrial revolution and the British Empire, and through… Read more »

The Committee is delighted to announce that Michael Coulson, AMA member (former Chairman) and author of the soon to be released book The History of Mining will be guest speaker following the AGM formalities. Michael?s career as a top ranking mining analyst spanned over 30 years. Working with a number of the top brokers in… Read more »

The Ancient World (from the beginning to 1066)
1. The Stone Age
- In the beginning
- Tools and weapons
- Mining
2. The Bronze Age
3. The Iron Age
4. China
5. Early mining in India
6. Mining in ancient Egypt
- The stone quarries
- Metals in the desert
7. The eastern Mediterranean and the Near/Middle East
- Jordan
- Greece
- Asia Minor
- Persia, the Empire and Iran
8. The Roman Republic and Empire
9. Great Britain
10. Central/Eastern Europe
- The eastern Alps
- Germany
- The Balkans
- Other mining regions
11. North America
12. South America
- Chile
- Peru
13. Africa
14. The Structure of Ownership and Operation
15. Conclusions

The Middle Ages to the Industrial Revolution (1066-1800)
1. Introduction
2. Mining in Central Europe
3. Scandinavia
4. France
- The Paris Basin
5. Great Britain
6. Spain
7. The Lure of Africa
8. The Opening up of North America
9. Gold and Silver and the Spanish Conquistadors
10. Chile
11. The East
- China
12. Diamond mines in India and Brazil

The Industrial Revolution (1800-1900)
1. Introduction
2. Diamonds in South Africa
3. The Gold Rushes of the 19th century
- California
- Other American Gold Rushes
- and silver too
- The Witwatersrand
- Western Australia
- The Klondike
4. Russia's Gold
5. Mining in Europe
- Spain
6. The Emergence of Canada
7. Latin America
- Mexico
- Brazil
- The Cornish Influence
- Peru
- Chile
8. Copper and much else besides in the USA
9. Mining in the East
- Japan as a mining nation
- Malayan tin
- Tin in Thailand and Indonesia
- Borneo diamonds
10. King Coal
- Coal in the UK
- French coal mining
- Belgium
- Germany
- The rest of Europe
- The United States
- South Africa
- Asia and the Far East
- Australia and New Zealand

The Modern Age (from 1900)
1. Broken Hill and other Australian giants
- Mount Isa
- Olympic Dam
- Lesser lights
2. Canadian century
- The early decades of gold
- More than gold
- After the Second War
- The Crazy 90s - Lac de Gras to BreX
3. The development of mining technology
4. Diamonds
- South West Africa
- Namaqualand opens up
- Offshore diamonds
- Diamonds in the Second War and after
- The Age of De Beers
- Botswana
- The Coming of the Canadians
- The Diamond Revolution
5. Copper in Central Africa
- The development of Northern Rhodesia's copperbelt
- Zambia nationalises the copper mines
6. Other nationalisations in the 1960s and before
- Bolivia
- Chile
- Peru
- Cuba
7. The Australian nickel boom
8. The Mining Promoters
9. Gold comes to the fore again
- Gold and inflation
- South Africa and China
- Rise of the open pit
- The Australian Revival
- New Zealand
- Gold rushes today
10. Platinum
11. Iron Ore
- Australia
- Brazil
- Iron ore in the East
- The growing African industry
- Europe's coal and steel community
12. Chile: King of Copper
13. The rise of Uranium
- The beginning
- Canada and Australia
- The rise of Kazakhstan
- World Production Figures
- The future of uranium
- Environmental heat
14. Coal in the Western Economies
- The US
- Great Britain
- South Africa
- India
15. China
- The foreign influence
- Coal
- Mining today
16. The Soviet Union
- The rise of the Gulags
- Norilsk
- The search for indigenous diamonds
17. The Mighty USA
- Aluminium
- Gold
- Iron Ore
- Copper
18. European mining
19. London rises from the ashes
20. The Environment
21. Mining and Labour
22. Mining and the Media
- The Mining Press
- The Internet
- Mining Literature and Film

The Future for Mining
1. What lies ahead?
2. Nationalism and nationalisation
3. Environmental issues
4. New technology, new opportunities