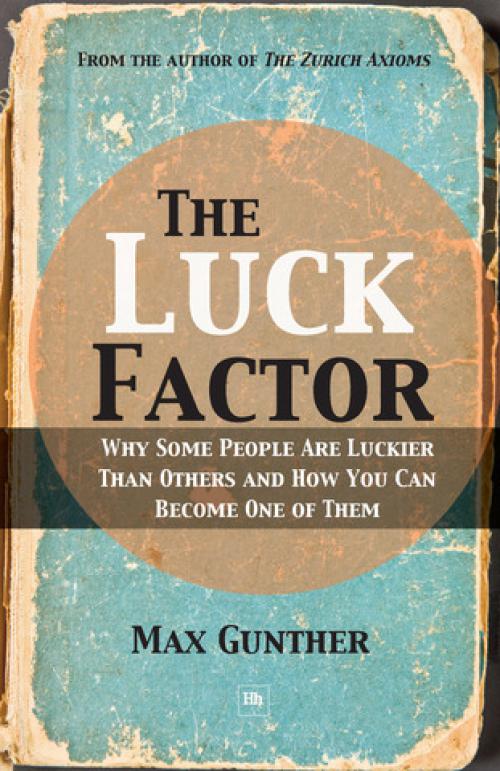 Luck. We can’t see it, or touch it, but we can feel it. We all know it when we experience it. It’s an obvious description of obvious events. But does it go deeper than this? And if it goes deeper, does it do so in any way which we can harness to our own and others’ advantage?

Taking us on a richly anecdotal ride through the more popular theories and histories of luck – from pseudoscience to paganism, through mathematicians to magicians – Max Gunther arrives at a careful set of scientific conclusions as to the nature of luck, and the possibility of managing it.

Based entirely on drawing out the logical truths hidden in some examples of outrageous fortune (and some of the seemingly absurd theories of its origins), he presents readers with the concise formulae which make up what he calls “The Luck Factor” – the five traits that lucky people have in common – and shows how anyone can improve their luck.

We’ve all experienced moments of luck – good and bad – but sometimes it can feel like your BFF is swinging on a lucky star while you just can’t seem to catch a break. Not. Fair. So why are some people hogging all the good stuff? Well, it’s not about loading your pockets with lucky… Read more »

The Luck Factor had a double page spread in Bliss magazine.January 2010

From My Wonderful Life Coach:

LUCK!! LUCKY OR UNLUCKY? CREATE YOUR OWN LUCK? WELL MAYBE WE HAVE THE ANSWERS HERE! Whether you believe in it or not, ?luck? is often mentioned as a positive influence on the careers or fortunes of the brave and successful and the opposite for those who didn?t make it or had incredible reversals of fortune.… Read more »

Part 1: The Breaks
Chapter 1 - The Blessed and the Cursed
Chapter 2 - Two Lives

Part 2: Speculations on the Nature of Luck: Some Scientific Tries
Chapter 1 - The Randomness Theory
Chapter 2 - The Psychic Theories
Chapter 3 - The Synchronicity Theory

Part 3: Speculations on the Nature of Luck: Some Occult and Mystical Tries
Chapter 1 - Numbers
Chapter 2 - Destiny and God
Chapter 3 - Charms, Signs and Portents