The Story of the Fly

And how it could save the world 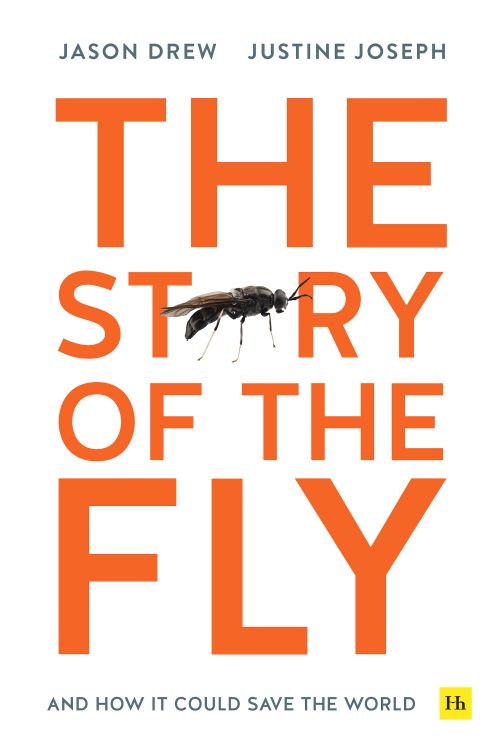 The Story of the Fly

And how it could save the world

The Story of the Fly explores how a humble insect, with its fascinating history and manifold talents, holds the answer to profitably solving some of the most significant environmental challenges we face today.

This book offers unique insight into an extraordinary insect that most of us take for granted. It presents real-world examples of how businesses are learning from, working with, and industrialising the fly – from space exploration to waste recycling.

Jason Drew has extensively written and spoken about the notion of environmental capitalism. Alongside his team of scientists, engineers, and enthusiastic business minds, Jason has spent over a decade developing the science, technology and resulting businesses explored in this book.

What started as a wild idea in a tractor shed on his farm in South Africa has since grown into a multinational world-leading insect technology company with staff in 11 countries. Most recently, AgriProtein was named one of Time magazine’s 50 Genius Companies – businesses that are working to reinvent the future.

The Story of the Fly is an insightful, easy-to-read book containing a positive message about how environmentalism and business can work together to provide long-term, commercially viable and environmentally beneficial solutions. It aims is to inspire business leaders to act now and harness the power of nature to bring about a more sustainable and profitable future.

Let’s get busy repairing the future.

Jason Drew is an innovator and serial entrepreneur turned environmentalist, and was described by Forbes magazine as 'Lord of the Flies’ and by Leadership magazine as one of ‘Africa’s most inspiring green leaders'. Before founding AgriProtein, Jason held leadership roles in several international businesses before leading the start-up of a series of companies that were listed or sold.

Born in London, Jason studied at the European Business School and lived and worked all over the world before moving to South Africa in 2004. He is a writer, public speaker, thought leader and ‘planet motivator’ for our future. An Honorary Consul General for Pakistan in South Africa, he has received numerous awards including the United Nations Innovation Prize for Africa, and the Clean Equity® Technology Research Award by HSH Prince Albert of Monaco.

Part 2: The insect industry, past and present

Chapter 4: An industry takes flight
Chapter 5: The fly in medicine
Chapter 6: The fly in technology
Chapter 7: The fly in science

Part 3: The business of repairing the future

Chapter 8: AgriProtein: from waste to want
Chapter 9: The insect technology group: building the future
Chapter 10: Flying into the future