An investigation into extreme and unusual investment techniques 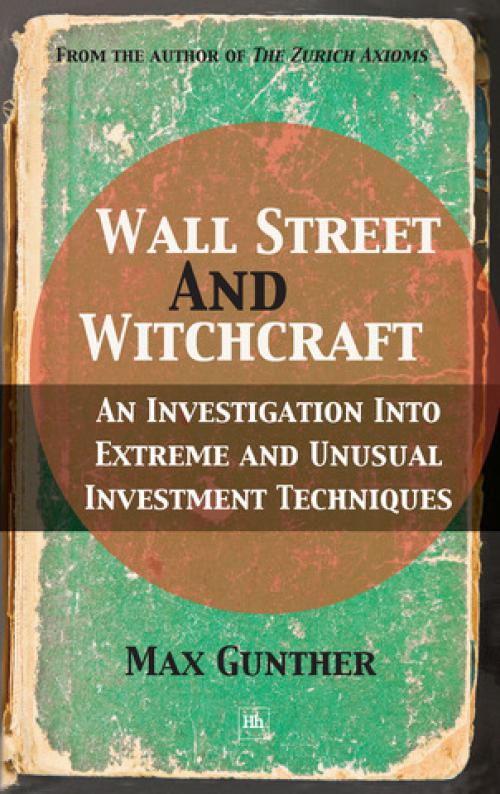 An investigation into extreme and unusual investment techniques

Or, how to beat the Street with a broomstick…

Since that first tulip was traded on that madly speculative exchange in 17th-century Amsterdam, some very special individuals – plungers not in the Merrill Lynch tradition – have been picking winners and harvesting huge profits with uncanny success. How?

They play the market in ways that seem weird to the rest of us – but they win! There are those who feel vibrations, play by the stars, read tarot cards, rely on extrasensory perception, dream dreams, play by numbers. Crazy? Maybe. Yet every single one of them is rich. You’ll meet them all in this peek at the occult side of the street.

If you want to play the game their way, there’s an appendix to teach you their specialised techniques; with astrology, tarot cards, witchcraft, magic squares, and other uncanny devices.

Each method is carefully explained by the author, a veteran writer of unimpeachable reputation who researched this book with the objectivity of a scientist and who vouches for the accuracy of the results described in it.

Investing is a funny profession. Unlike in most other industries, you can know absolutely nothing about finance but still do better than those whose make their day to day livings out of it. A proverbial monkey with a pin and a copy of the Financial Times could potentially make more money on the markets than… Read more »

“Max Gunther demonstrates his natural writing ability and his flair for telling a story…You will certainly be entertained by this book.”- UK Analyst15th June 2011

“A fascinating book. Well-written in an easy-going conversationalist journalism style, Gunther gets you interested in the first paragraphs and never really lets you go.”- Lisa McSherry, Face North13th June 2011