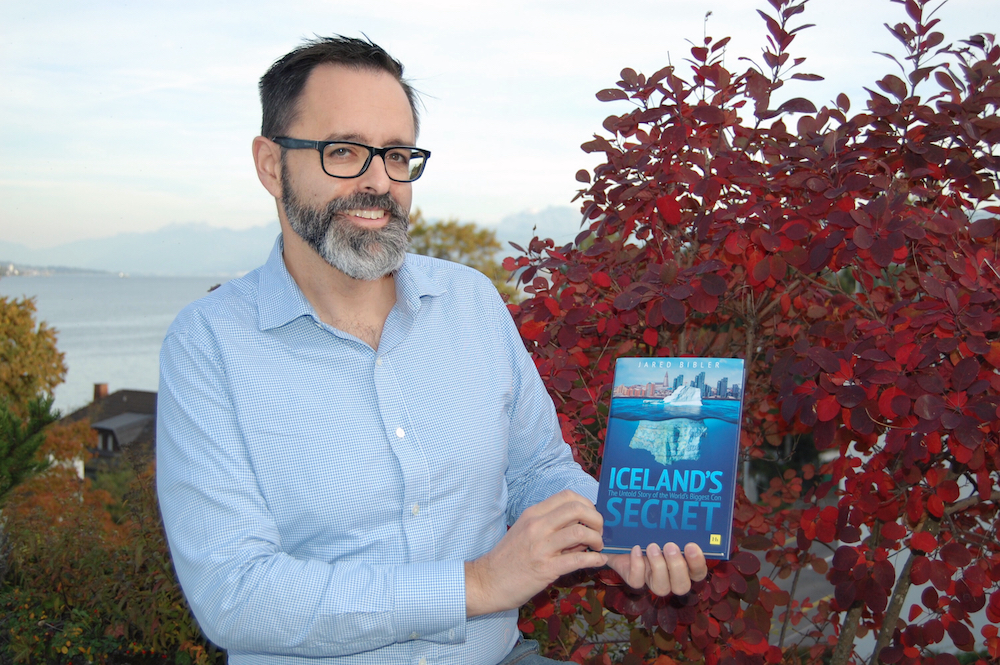 We sat down with Jared Bibler, author of Iceland’s Secret to ask him a few questions about his book and the process of writing it.

What made you decide to write a book?

I didn’t want to write this book, I had to write this book. A huge story unfolded in Iceland from about 2000 to 2015, and nobody in the outside world seemed to be talking about it. I think this is such an important story for the world, and one that has relevance just about everywhere today. It turns out that it’s even a revelation for some Icelanders, who until now had not been able to see the full and clear story of what transpired there in the last decades.

What is the most unexpected thing you learned when writing your book?

How would you describe your book to someone in 30 seconds?

A great con was perpetrated on an entire nation, costing its people most of what they had saved, and this is the inside and personal story of how it unfolded.

Who will benefit from this book?

I wrote the tale to be really fun to read, so I think anyone who likes suspense, or true crime, or thrillers will probably be into it. But also it deals with serious topics, and anyone into economic history or books about markets will also really like it. I hope that it fits well on the bookshelf alongside Liar’s Poker, The Smartest Guys in the Room, and Den of Thieves.

What is the best financial advice you have ever received?

I really look up to Bethany McLean, and drew great inspiration from her coverage of Enron both when I was conducting the investigations in Iceland, and later when I was writing about them in Iceland’s Secret. I also really admire Noam Chomsky: how he has maintained a clear, factual, and incredibly important message over so many decades and with so little mainstream attention. Finally, I look up to the great writers like Cormac McCarthy and William Gibson, and in the mass-market business genre, Michael Lewis.

What is your favourite book of all time?

This is a tough one. For many years I said Moby-Dick … but now I think I have to say Blood Meridian, which may well succeed in supplanting the entirety of the Western canon that precedes it. Either that, or something by Murakami like Kafka on the Shore. I think it would be worth learning Japanese just to read his books in the original language.

What advice would you give to someone who is considering writing a book?

Don’t do it! No, kidding. But: do it only if you feel compelled to do it. and stay true to the message that you want to bring to the world. Also, if it’s a nonfiction book: write a proposal before you do anything else. It might seem like a waste of time, but it’s actually the best way to guarantee the success of the project.

The Untold Story of the World’s Biggest Con

Available now – directly from Harriman House or from any good bookshop