Andy Nairn has led a charmed life. He stumbled into advertising after studying Law at Edinburgh University. Almost 30 years later, he’s one of the world’s most respected brand strategists and a founder of one of the UK’s most successful creative agencies. Lucky Generals has been shortlisted for Campaign magazine’s Agency of the Year for the last five years in a row and Andy has been named the country’s top strategist for the last 2 in a row. He has also been listed as one of the top five creative people in world advertising, by Business Insider. Now he wants to share his luck with others, so he’s donating his royalties to Commercial Break: an organisation that helps working class talent break into the creative industries. 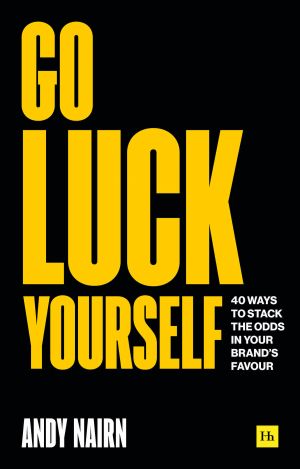 Go Luck Yourself
By Andy Nairn