Success, Excess and Crisis Through the Eyes of a Hedge Fund Macro Trader 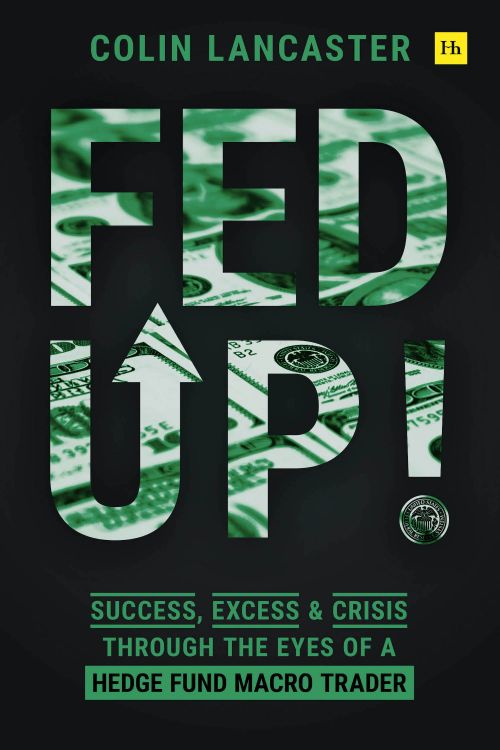 Success, Excess and Crisis Through the Eyes of a Hedge Fund Macro Trader

Fed Up! tells the story of a global macro trader working amidst the greatest market panic we have seen since the Great Depression. As the COVID-19 pandemic spreads across the world, readers are taken through the late-stage decadence of an exuberant market bubble to the depths of the market crash and into the early innings of a recovery. It provides readers with a front row seat on trading activity, allowing them to experience the heartbeat of the markets.

It’s also about money and opportunity. It’s about the moral dilemma of a man who is struggling as he reaches his own peak. Readers will experience the frenetic pace of life as a trader and will connect with the protagonist, experiencing his struggle to balance his personal values with the compromised values of the world around him. It shines a light on the largest policy issues confronting the U.S., while offering an entertaining and humorous look at the guys and gals who are the new market operators.

This riveting account of the 2020 market crash from inside the mind of a global macro trader will serve as an exciting, nail-biting record of current times. It is about making fortunes while the world slips into misfortune.

Colin Lancaster is a Wall Street professional. He has run two of the highest profile global macro businesses for the top-performing hedge funds in the world and has worked directly for a number of the icons of the investing world. He has managed investment operations in London, New York, Hong Kong, Singapore, Chicago, and San Francisco.

This page turner by the legendary Colin Lancaster is a great read on many fronts. First, it’s a hilarious story about a group running a hedge fund. It outdoes some of Mike Lewis’ best, from beer pong in Las Vegas to a dinner in London with a group of billionaires.
Second, it’s a very good read on how the economy and central banks interplay with one another. Third, it covers the thinking of a host of icons, including Ray Dalio, Paul Tudor Jones, and Stan Druckenmiller. Fourth, it’s a great rundown of how markets and the economy unfolded in 2019 before the pandemic and how things ended in the summer of 2020 after markets had rebounded.
I was sad to have the book end just when we were getting to the future! I promise you won’t be sorry you read this book. I hope there’s a sequel!

“Faster-paced than a Rolling Stones concert. Fed Up! teaches you how macro traders think.”

Don Smiley, President and Chief Executive of Summerfest (the largest music festival in the world) and former Major League Baseball executive (President of the World Series Champion Florida Marlins from 1994 to 1998).

“Excessive, profane, and right on the mark. Macro is back!”

“You can draw a straight line from Liars Poker to Fed Up!. Despite 40 years passing, the antics around financial markets remain the same. Fed Up! captures the chaos around 2020 in graphic detail. It was quite a wild ride!”

Steven Drobny, author of Inside the House of Money

This week we are privileged to be hosting Colin Lancaster on the podcast and talking about his new book “FED UP! Success, Excess and Crisis through the Eyes of a Hedge Fund Macro Trader”.

Launched this week, Lancaster’s novel ‘Fed-up!’ is a fictional account of the life of a global macro hedge fund between October 2019 and June 2020. It’s surprisingly well written for a macro hedge fund manager whose life has presumably been spent chasing pnl instead of publishing deals. It’s also highly informative about exactly what happened… Read more »