The ideas and influence of the libertarian economist 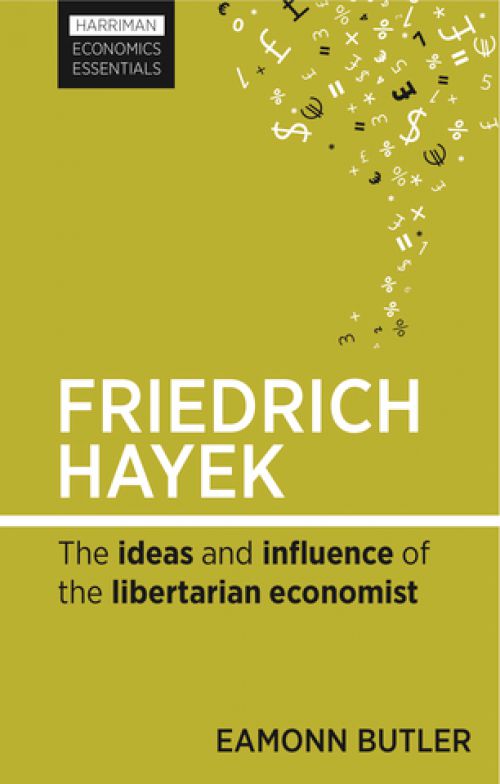 The ideas and influence of the libertarian economist

Friedrich Hayek was one of the leading economists of the 20th century and the leading contemporary critic of Keynes. He did pioneering work on monetary theory and trade cycles, but achieved international fame through his 1944 critique of totalitarian socialism, The Road to Serfdom.
He went on to map out the principles of a free society in a series of books including Law, Legislation and Liberty and became the leading proponent, along with Milton Friedman, of economic and political liberalism.

Setting him in context as well as incorporating criticism since his death 20 years ago, this book explores several major areas of Hayek’s thought and argument:

– why society is not something that can be rebuilt any way we want, but is the result of long-term cultural evolution, and what that means for political reform, morality and individual choice
– the kind of laws that true freedom relies upon, and how freedom and its benefits are threatened by political confusions
– how the market process really works: from maximising gains for everyone who participates, to competition as a discovery process
– where boom and bust cycles come from and how privatising currencies could be the startling solution
– how we actually interpret our world, and what this means for social sciences and politics
– why socialism was a mistake, capitalism isn’t wasteful, and what economic organisation has to do with political destiny
– the impossibility of social justice but the genuine hope offered by true economic freedom
– what the real foundations of a free society look like.

A breath of intellectual fresh air, this concise guide to Friedrich Hayek is a must for any reader or student interested in one of the most vital minds of the 20th century.

“An excellent primer…very readable. If only such easily digestible summaries were available for every important economist!”
– Economic Research Council

“A very good, and very accessible, introduction to the breadth of Hayek’s thought”
– Economic History Association

“This book is very good – ideal as an easy to read introduction to Hayek’s ideas and influence for somebody who has heard of him but hasn’t actually engaged with him before. The style, as always with Eamonn, is very clear and straightforward. I like the structure as well, which has a natural flow of subject matter and argument to it.”

If Guy Fraser-Sampson?s talk has inspired you to find out more about the ideas of Friedrich Hayek, then Dr Eamonn Butler?s excellent primer on the Austrian economist?s works would not be a bad place to start. Subtitled ?The ideas and influence of the libertarian economist?, this very readable summary of Hayek?s philos- ophy is not… Read more »

Reviewed for EH.Net by Steven Horwitz, Department of Economics, St. Lawrence University. This short book by Eamonn Butler, Director of the Adam Smith Institute in London, is a very accessible and largely well-written ?once over lightly? introduction to the work of F.A. Hayek, and not just his economics. Though a Ph.D. in philosophy, Butler has… Read more »

The publisher describes Eamonn Butler?s ?Friedrich Hayek? as ?a breath of intellectual fresh air?. I concur, for Butler is refreshingly easy to read. He is a brilliant communicator and needs to be to compress Hayek?s many volumes of his lifetime?s writings into 146 pages and hold his readers? attention. Scholars familiar with Hayek?s works and… Read more »

From An Englishman's Castle:

Hayek and his ideas are still largely unknown even though they have been hugely influential in modern western economies. The average broadsheet reader could probably give a vague definition of Keynsian theory, “spend a bit more on public works when times are tough, build up a reserve when the economy is booming,” but would not… Read more »

Dr Eamonn Butler is Director of the Adam Smith Institute and author of the forthcoming book “Friedrich Hayek: The Ideas And Influence Of The Libertarian Economist” (Harriman House). Follow Eamonn on Twitter. The government of a free people must be a limited government. Freedom means we minimize coercion. Only the state is allowed to use… Read more »

Introduction
- A timeline of F. A. Hayek's life and work

1. Hayek and his influence
2. Understanding society
3. Freedom and the law
4. The market process
5. Money, inflation, booms and busts
6. Psychology, science and sorcery
7. Why socialism was a mistake
8. The social justice myth
9. The foundations of a free society
10. The continuing evolution