Trading the football pitch for the financial markets 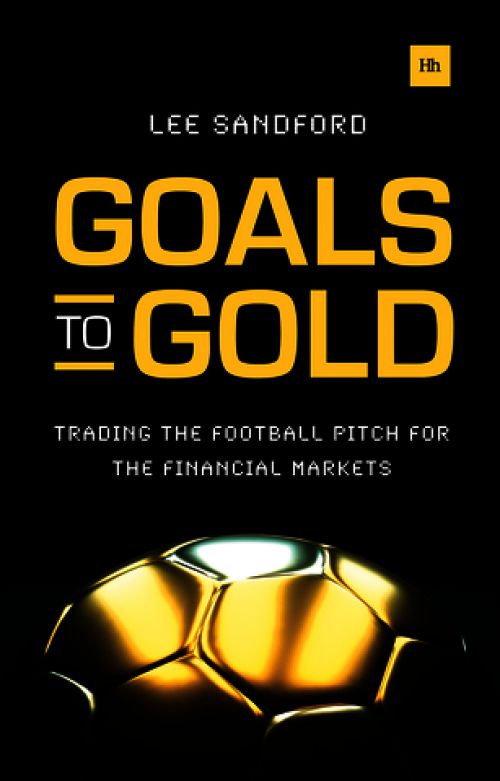 Trading the football pitch for the financial markets

An inspirational journey from footballer to trader

GOALS TO GOLD tells the fascinating and unexpected story of one man’s journey from top-flight football to the cut-and-thrust world of the financial markets.

This book also explores the relationship between sports and trading success – making it the perfect book for any sports fan who’s ever wondered whether they could make a go of it in the markets.

Lee Sandford spent 17 years as a professional footballer, playing for Portsmouth, Stoke City, Sheffield United and Reading. But when his career was over, he didnâ??t retire to a pundit’s sofa or the golf course. He entered another fiercely competitive world: the stock market.

Goals to Gold tells the story of his days as a footballer and subsequent time as a trader, laying bare the sobering facts of a life scattered with huge achievements, near misses and big disappointments.

Part exploration of the unseen side of football and part introduction to financial trading, it shows how the important qualities in football and trading alike are hard work, determination, patience and sticking to your strategy even when the studs-up tackles are flying.

Packed with real-life, behind-the-scenes stories involving promotion, relegation and trophies in football and trading through booms and busts in the markets, Goals to Gold is a gripping and revealing read – perfect for football fan and trader alike.

During a 17 year career in professional football, Lee Sandford played for Portsmouth FC, Stoke City FC, Reading FC, Sheffield Utd FC, and the England Youth Team. He played at Wembley, with his whole family watching - and describes this as one of the proudest moments of his life. He is still involved with football today, playing in the odd charity match and supporting the new charity XPro - which helps ex footballers of all divisions in "life after football".

Following his football career, Lee committed himself to mastering the markets. Like many beginners, the early years saw him attending a few courses - but this generated little more than frustration. So he read avidly and looked further afield. After an enlightening visit to the grains trading pits at the Chicago Board of Trade, he returned to the UK with new vigour. Lee has now traded for approx 20 years and for 11 years has earned his living as a trader. In 2009 Lee decided to bring a new style of trading education to the market and started Trading College Ltd. He has personally taught hundreds of people to trade the markets for themselves and is delighted by so many success stories from past and present customers.

His "Trading with Colours" programme has earned him acclaim, resulting in guest appearances at Bloomberg, The London Business School and conferences across the UK. Lee believes in keeping it simple. His best trading strategies are easy to follow but can provide some fantastic trading profits.

Lee has run the London Marathon (in 2009 for Cancer Research) and is the proud father of two daughters.

FORMER favourite Lee Sandford says Stoke’s result is the first he looks for… after double-checking the latest FTSE index perhaps. Now aged 45, the one-time City defender is now a big hit in the City after turning to the world’s financial markets after retirement. And he admits he’s been surprised by the success of his… Read more »

From Reading the Markets :

Lee Sandford left school at the age of sixteen to become a footballer?or, more precisely, an apprentice footballer. He turned pro the next year. When he was in his mid-thirties he retired from the game and decided to focus on trading, in which he had dabbled, along with real estate, for a number of years.… Read more »

Lee Sandford’s new book Goals to Gold brings readers through a unique journey from professional footballer to professional trader. And yes, footballer means soccer player. Sanford talked to Benzinga about his 17 years of playing football professionally in the United Kingdom for Portsmouth, Stoke City, Sheffield United and Reading and how he’s translated his experience… Read more »

About the Author
Introduction

Part One: The Football Years

1. Hampshire Heaven
2. On The Ball
3. The Emotional Decision
4. Even Further North
5. Sticking My Neck Out
6. Trading Up
7. Trading College

8. The Virtual World Of Money
9. Your Relationship With Money
10. Trading Tool Kit
11. Your Trading Plan
12. Following The Plan
13. Spread Betting
14. Learning To Drive Your Vehicle
15. Is Trading For You?