An Introduction to Ichimoku Kinko Clouds 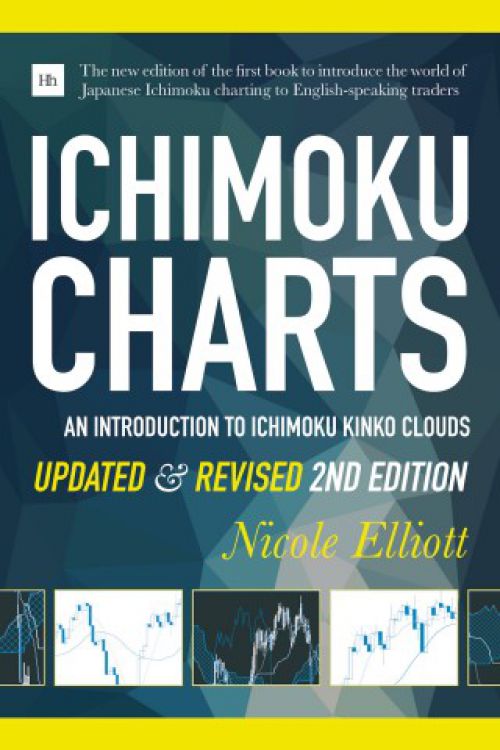 An Introduction to Ichimoku Kinko Clouds

A completely revised and updated second edition of the first book to bring the world of Japanese candlestick charting to English-speaking traders.

In the ten years since the first edition of this book was published, Ichimoku charting, or Cloud charting, has gone from the sole preserve of Japanese traders to being used by traders worldwide. This widespread adoption of the technique can be traced at least in part to this book, since it was the first to introduce the technique to the world outside Japan.

Candlestick charts play an important role in technical analysis worldwide. This book covers the history of candlestick charts – explaining the context in which they developed. It then moves on to explain how in the 1930s a journalist, with the pseudonym Ichimoku Sanjin, started refining candlestick analysis by adding a series of moving averages. The book explains in detail how to construct Cloud charts and how to interpret them. A chapter is devoted to the advanced analysis of Cloud charts, with an in-depth study of the Three Principles: Wave Principle, Price Target and Timespan Principle. The book is illustrated throughout with numerous examples of Cloud chart analysis.

Brand new to this second edition are the author’s thoughts from a further decade of using the technique and new trading examples.

Nicole Elliott is a graduate of the London School of Economics and a member of the Society of Technical Analysis. She has worked in the City of London for over 20 years. Whether in trading, sales or as an analyst within the treasury departments of major international banks, technical analysis has formed the backbone of her methodology. As Mizuho Corporate Bank's senior analyst in London she covers the foreign exchange, interest rate and commodity markets and equity indices.

If you’re going to get any kind of book, I would recommend Ichimoku Charts: An Introduction to Ichimoku Kinko Clouds by Nicole Elliot (she’s just awesome, she actually traded the system in Japan and was taught by some phenomenal Japenese traders).

Whether you are a short-term trader or a longer-term investor who likes to use technicals, Ichimoku clouds can be a valuable addition to your charting toolkit. Apart from a software package that does clouds properly, Nicole’s book is all you’ll ever need.

With the updated and revised second edition she is onto another winner. The new “Update on how I use cloud charts today” and the “New case study” chapters will be of great use to professional and non-professional readers alike, especially to those sitting the Society of Technical Analysts Diploma and IFTA examinations. Within days of this book having been published it has been added to the STA Diploma course reading list.

Axel Rudolph, Chairman of the Society of Technical Analysts

If you’re going to get any kind of book, I would recommend Ichimoku Charts: An Introduction to Ichimoku Kinko Clouds by Nicole Elliot (she’s just awesome, she actually traded the system in Japan and was taught by some phenomenal Japenese traders).