The Secrets of Overnight Success 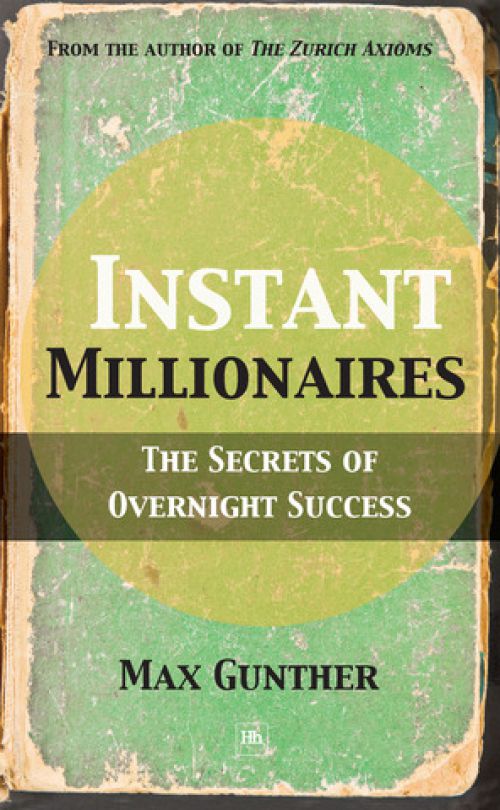 The Secrets of Overnight Success

In this book you will meet three dozen impatient people. They weren’t satisfied with the slow, plodding, money-saving route to financial security, the safe route that most of us feel stuck with. They wanted instant wealth – and they got it.

As Max Gunther points out, our folklore frowns on the idea of quick money. As in the fable about the race between a tortoise and a hare. “In the fable, the hare loses. The stories in this book are not fables. They are true. In these stories, the hares win.”

They are a richly varied lot, these happy hares. Gunther opens with a few dazzling millionaire legends, such as the man who invented Monopoly. You’ll then meet fascinating characters such as: Harvey Shuster, who beat the stock market; Howard Brown, who decided to be rich and became a multi-millionaire within three years; and a group of men who made fast fortunes on fads such as the Hula Hoop and the Frisbee.

These stores illustrate that the dream of quick money isn’t such a ridiculous dream after all. Read these tales about hares who have won and when you have, maybe you’ll decide to run with them.

1. Shiny Dimes and the Slow-Money Ethic

2. Some Grand Old Legends
- The great merchandiser
- The man who sold holes
- The man who passed "go"
- The lady who rode the wind
- The pantsmaker

6. Fast Frolics in the Fun and Fad Markets
- The men from Wham-O
- Mr. Gentry's terrible-tasting cereal
- The downhill riser

8. The Business of Show Business
- Scoring in the athlete market
- High notes in the music business

10. Not by Bread Alone
- A lobsterman in Maine
- A groceryman in Utah

11. The Man Who Decided to be Rich
- From nowhere to almost everywhere in three years
. . . And how it's done

12. The International Ploy
- How to make old ideas new

14. Missing from the Curriculum
- The car-lover

15. The Anti-Salary Philosophy
- A club for future millionaires

16. Instant Successes Yet To Be
- Fourteen fast fortunes of the future