Investing in the age of longevity

By Al Chalabi and Jim Mellon 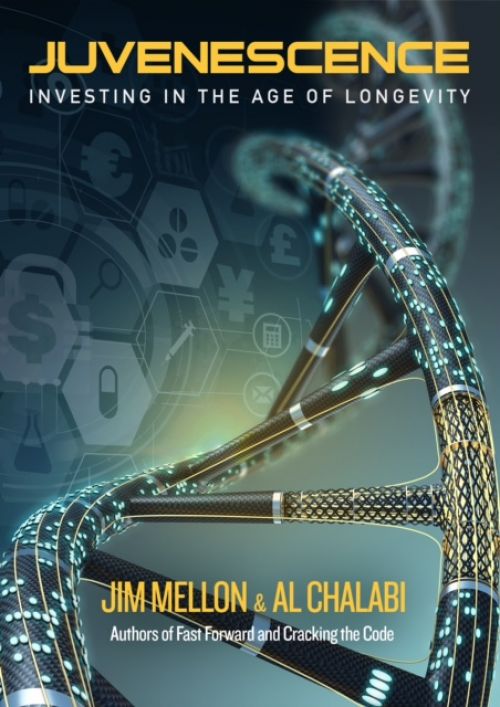 Investing in the age of longevity

By Al Chalabi and Jim Mellon

This new book by Jim Mellon and Al Chalabi is a layman’s guide to longevity. It investigates the new technologies and explains how to benefit from the life extending technologies both personally and professionally. It helps readers unravel the science, offers ideas on potential investment and reveals the views of the key opinion leaders.

Al Chalabi is an entrepreneur and business advisor with a diverse professional background. He grew up in the UK and studied Aeronautical Engineering at the University of Southampton. Al started his career in Canada, working as an engineer in process automation systems. After his MBA, he worked as a management consultant, specialising in technology, strategy and operations, based out of Hong Kong. Since 2008, Al has been running CASP-R, a firm he founded to provide independent research and advisory services to investors and corporations, with a focus on real estate and technology. He is active in various Hong Kong-based angel investor groups that provide seed and growth funding to Asian-based tech and healthcare companies.

Jim Mellon is an investor with an interest in several industries. After studying PPE at Oxford, Jim worked in Asia and in the US for two fund management companies, GT Management and Thornton & Co, before establishing his own business in 1991. This business is now known by two names - Charlemagne Capital, recently acquired, and Regent Pacific Group, listed in Hong Kong. Jim's private investment company, The Burnbrae Group, is a substantial landlord in Germany and the Isle of Man, and owns the group Sleepwell Hotels. Jim is chairman and major shareholder of Manx Financial Group, Port Erin Biopharma Invesments and SalvaRx Group. He is also a director of Condor Gold, Fast Forward Innovations, Portage Biotech and West African Minerals Corporation, all publicly listed companies. Amongst his many successes, Jim is well known for notching up one of the AIM market's biggest successes with the sale of Uramin to Areva, the French nuclear giant.

Jim Mellon and Al Chalabi have once again written a gold standard guide to investing in a key emerging area of technology.

‘We are on the verge of a lifespan revolution. Life expectancy is going to rise to between 110 and 130 in the next 30 years. This is not science fiction.” Jim Mellon’s vision may be optimistic but it’s certainly not fanciful. He came to the conclusions he draws in his new book, Juvenescence, after he… Read more »

Life expectancy has doubled in just a few generations, and the trend will continue, Jim Mellon tells Merryn Somerset Webb. That’s an opportunity for investors. Want to live forever? I’m not sure I do either. How about 100? I guess the answer is yes, as long as you could be sure of being pretty healthy… Read more »

From Isle of Man Today:

Isle of Man based businessman Jim Mellon was at the launch of his latest book, ’Juvenescence’, at the Oxford and Cambridge Club in London. Jim, who the Sunday Times Rich List estimates as being worth £920m, is one of the largest employers in the island, as the owner of the Claremont Hotel and executive chairman… Read more »

… I read Juvenescence, a new book by Jim Mellon and Al Chalabi. The authors are not interested in fairly tales: they are successful money men, and their book is an overview of what life science companies are currently doing. Mellon, sometimes called Britain’s Warren Buffett, has made the better part of a billion pounds… Read more »

‘We are all going to live longer, so why not invest in it?’­ seems to be the premise of Jim Mellon and Al Chalabi’s new book, Juvenescence – Investing in the Age of Longevity. Mellon and Chalabi forecast that within the next 20 years, the average life expectancy in the developed world will rise to… Read more »

Watch this video to see Jim talk about inflation and also his new book – Juvenescence.