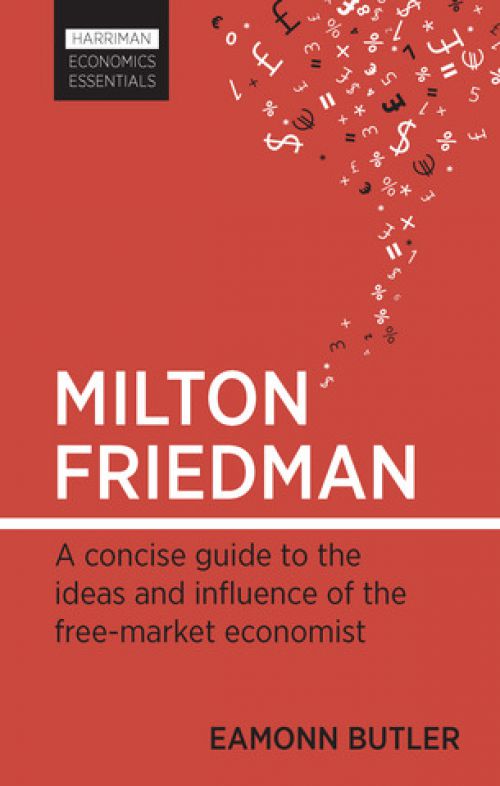 Milton Friedman changed the world. From free markets in China to the flat taxes of Eastern Europe, from the debate on drugs to interest rate policy, Friedman’s skill for vivid argument and ideas led to robust and often successful challenges to a dizzying amount of received wisdom.

Relying on big-picture economic analysis and an insistent faith in human freedom, he took on the economic and political orthodoxies of his day – and if he didn’t always win, he never failed to change the terms of the debate.

Rarely an uncontroversial figure, with his disciples and detractors to this day, this is neither a credulous nor a critical look at the Nobel laureate. A brand new guide, it simply sets out to explain his economic and public policy thinking in a straightforward and accessible way for the general reader and student.

– how Friedman undermined Keynesianism and the prevailing wisdom of large-scale economic intervention
– how he demonstrated the true cause of the Great Depression and identified its real culprits (they weren’t the ones jumping out of the windows)
– what Friedman believed really destroys the value of the money in your pocket and how it can be stopped
– his arguments for why regulations and minimum- wage laws actually achieve lower standards and greater poverty
– his reasons for why big corporations prefer markets that aren’t free, and how high taxation harms the wealthy less than anyone else.

With more, too, on democracy, equality, global trade, education, public services and financial crises, this is a concise but comprehensive guide to the influence of a key 20th century thinker.

It is a must-read for anyone who wants to know more about the economist whose work changed everything.

Introduction
A timeline of Milton Friedman's life and work

1. The economist who changed everything
Worldwide influence
The making of an economist
The public intellectual

2. How to end financial crises
The false trust in governments
A better explanation
Lessons for today

4. A bonfire of controls
Free people and free trade
Setting currencies free
The poverty of regulation

7. Freedom and equality
The quest for equality
Why freedom works
The importance of personal freedom
Friedman's view of humankind