Spark for the Fire 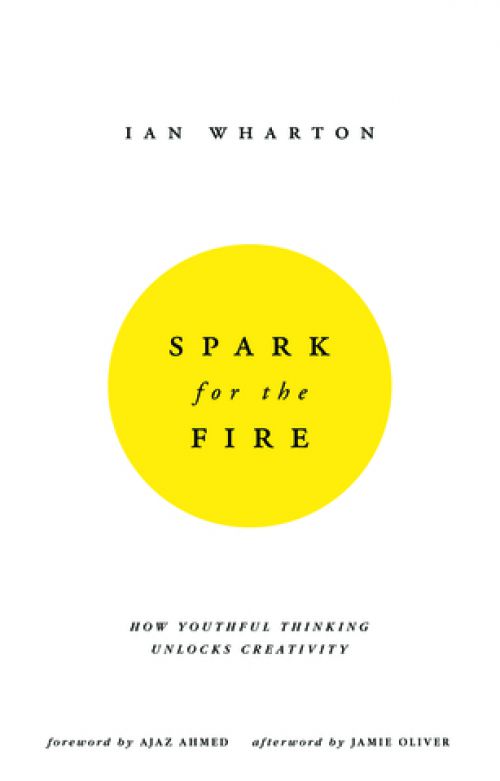 Spark for the Fire

Spark for the Fire is for everyone who wants to excel. For the people who are passionate about what they want to do. For those whose imaginations demand to be put to use, in any discipline. it is for the youthful: in age, experience or attitude – and those who want to be – whether to kick-start a career or reignite an established one.

Now more than ever, youthful thinking can help spark the fire of creativity. This must-read book reveals how.

Ian Wharton is a creative director at the global ideas and innovation agency AKQA. Previously a partner at tech start-up Zolmo, Ian led the creative for the Apple Design Award-winning apps for Jamie Oliver, some of the top-rated, top-grossing apps for iPhone and iPad with over 9 million downloads. During that time, Zolmo was ranked in Design Week"s Top 50 Design Consultancies.

After graduating best-of-show from university with short animated film Solar (2007), earning a Royal Television Society Award, Ian joined visual effects company The Mill as an art director. There he designed commercials for Audi, EA and game trailers for Sony. Ian has since been named an Art Directors Club "Young Gun" and one of BIMA"s Digital Hot 100.

As a regular speaker on creativity and the mobile industry, Ian contributed to the no.1 bestselling App & Mobile Case Study Book (2011), serves as digital jury foreman for the D&AD Student Awards, and mentors at London"s School of Communication Arts.

“The most inspiring thing I’ve ever read. I can’t rave about this enough, I urge you to read it.”

“[A] call-to-arms to experiment, to embrace new things, to look and learn beyond what you know”

“Ian Wharton is a creative entrepreneur with a passion for excellence. He has won numerous awards for his work across many disciplines and has already made his mark with a body of work that is beautifully crafted, elegant and inspirational. He represents a new generation of thinkers who see no boundaries to achieving their dreams. This book is a celebration of them and of the most powerful force in the universe: imagination.”

– Ajaz Ahmed, from the foreword

Spark for the Fire is an inspirational book written to encourage those who want to excel. Featuring contributions from creative people such as Nick Park, Academy Award winner and creator of Wallace & Gromit, and hugely successful chef jamie Oliver, this book is for the youthful – in age, experience or attitude – and those… Read more »

Act your age, not your shoe size. It?s a phrase that has long been used to berate us, both by our parents and by Prince, in his hit single from the ?80s, Kiss. But growing up might not be as easy as it sounds. A survey published last year by children?s TV station Nickelodeon revealed… Read more »

We interview polymath Ian Wharton about his new book on how ?thinking young? can help you be more creative, featuring Nick Park, Lord Puttnam, AKQA?s Ajaz Ahmed ? and an afterword from Jamie Oliver. I first encountered Ian Wharton in 2007, when his co-created graduation film Solar (below) was brought to my attention as a… Read more »

From Lets Be Brief:

It?s cool to be cynical. You can?t change the world. Modern art is shite. It doesn?t matter who you vote for. Whether it?s our jobs, our politics or even (let?s face it, especially) our relationships, too often the winner is the person who cares less. While we can all appreciate that sarcasm and a touch… Read more »