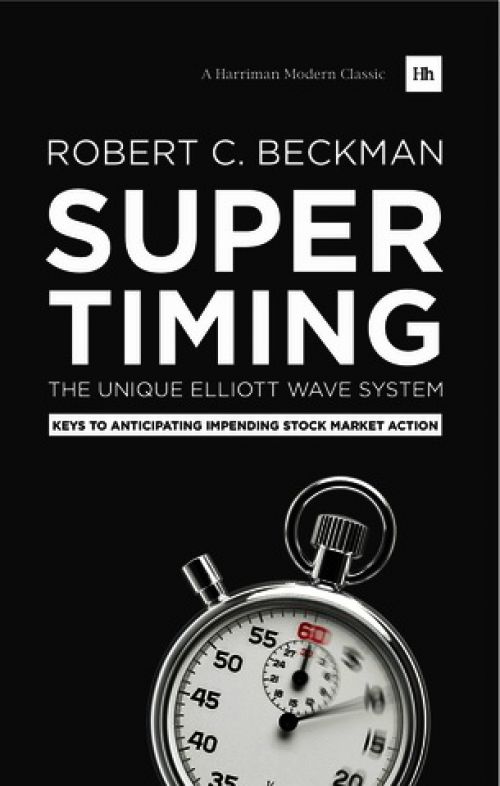 During the 1930s, R. N. Elliott undertook the painstaking procedure of attempting to classify share price movements for the preceding 80 years on Wall Street. It was during the course of this seminal work that Elliott discovered a definable basic rhythm in share price movements which he felt had forecasting value when correctly applied.

In 1938 Elliott published his findings in a series of articles with the overall title “The Wave Principle”. After publication, Elliott’s work drifted into obscurity, until Robert Beckman’s ‘Supertiming’ introduced it to a new audience.

In this renowned work, Beckman sets out with three main objectives:

1. To clarify obscurities and grey areas of The Wave Principle that were present in Elliott’s original writing.
2. To incorporate the work of other analysts in order to allow the Wave Principle to have a broader application.
3. To show the correct conceptual approach that should be used with the Wave Principle so that one can apply it with confidence and consistency.

If you are willing to approach the subject of stock market behaviour with an open mind, who have faith in the fundamental laws of economics and the consistency of human nature, and who would like to avoid the pitfalls that have deluded the investment community for decades, this is the book for you.

Beckman's background includes formal training as an economist. He is also an ex-Wall Street stockbroker, market trader, fund manager, financial journalist, lecturer and author of seven books on the subject of investment.

One: The Origins of the Wave Principle
First contacts with Wall Street
Elliott and the Economists
The Grand Super Cycle
The Five-wave Concept
The Need to be a Genius?

Two: Reality in the Stock Market
$2,000 to $1,000,000
The Future not the Past
Cyclical Nature of the Market
Time Frame Relative - not Fixed
Classification of Waves

Four: "Like a Circle in a Spiral, a Wheel within a Wheel"
The Wave Count
Breakdown of Primary Market Cycle
Pivotal Points
1984
Normality and Variations
The Market is Always Right
Improving Investment Performance

Ten: "Double Threes", "Triple Threes", "Horizontals", "Triangles"... and all that!
Complex Corrections
Triangles and Horizontals
The Tension in the Triangle
Enlargement of Corrections
Use of the Time Factor
Action after the Corrective Wave