The Deals of Warren Buffett Volume 3 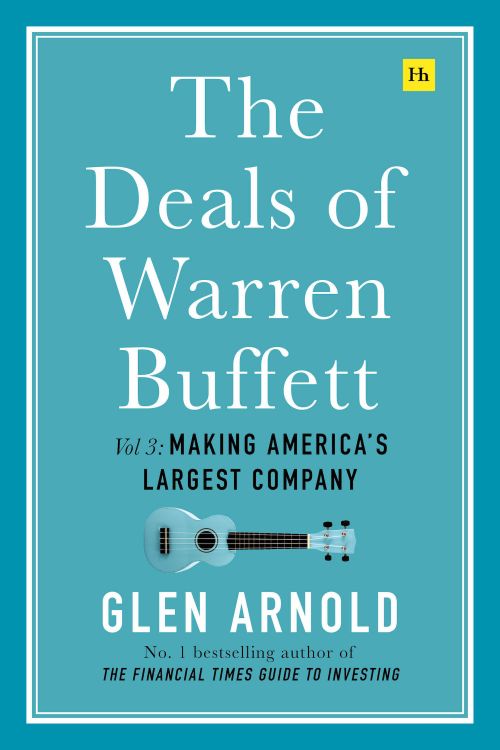 The Deals of Warren Buffett Volume 3

In this third volume of The Deals of Warren Buffett, we trace Warren Buffett’s journey as he made Berkshire Hathaway the largest company in America.

This was a period of Buffett’s career when he was approaching normal retirement age. But far from slowing down, he was just hitting his stride. Buffett was as driven as ever to seek out great companies at good prices. By studying the decision-making that went into his investment deals, and the successful and unsuccessful outcomes, we can learn from Buffett and become better investors ourselves.

In this decade, Buffett made investments in the following companies:

For each of these deals, investing expert and Buffett historian Glen Arnold dives into unprecedented detail to analyse the investment process and the stories of the individuals involved. Arnold’s engaging, lucid style transports the reader to the time and place of the deals, to truly appreciate how Buffett was operating.

With stories and analysis drawn from decades of investing experience, join Glen Arnold and delve deeper into The Deals of Warren Buffett!

Despite holding positions of Professor of Investment and Professor of Corporate Finance, Glen Arnold concluded that academic life was not nearly as much fun (nor as intellectually stimulating) as making money in the markets. As a wealthy investor in his fifties, he now spends most of his time running his equity portfolio from an office in the heart of rural Leicestershire, far from the noise of the City of London.

His main research focus explores the question, 'What works in investment?', drawing on the ideas of the great investors, academic discoveries and corporate strategic analysis - see www.glen-arnold-investments.co.uk. While he used to teach on this subject in the City, he would now rather concentrate on actual investment analysis, but does explain his investment choices and discusses investment ideas at newsletters.advfn.com/deepvalueshares.

He is the author of the UK's bestselling investment book and bestselling corporate finance textbook.