The Origin of Financial Crises 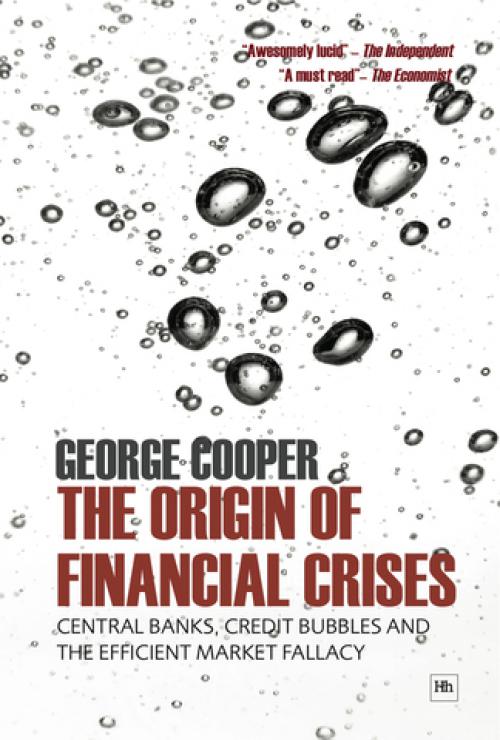 The Origin of Financial Crises

‘The Origin of Financial Crises’ provides a compelling analysis of the forces behind the recent economic crisis. In a series of disarmingly simple arguments George Cooper challenges the core principles of today’s economic orthodoxy, explaining why financial markets do not obey the efficient market principles but are instead inherently unstable and habitually crisis prone.

First published in the summer of 2008 in the midst of the crisis, the author accurately pinpointed the fundamental problems in policy and economic theory that led to the banking crisis. Now updated to reflect the massive upheavals since then and providing even more forthright opinions, the book is essential reading for anyone looking to find the root cause of our current financial situation.

The book describes the evolution of our modern monetary system, explaining along the way how financial instability emerged and why this instability required the development of central banking. Cooper makes the point that misguided faith in the power of free markets has led some central banks to neglect their core role of managing the financial system and instead caused them to pursue policies promoting a series of ever more violent boom-bust cycles. ‘The Origin of Financial Crises’ calls for a radical shift in central bank strategy, the abandonment of inflation targeting and a paradigm shift in our attitude to economic policy.

The reader will also learn about the fundamentals of inflation and discover what policy makers can learn from the designers of the Eurofighter jet and how an obscure paper on steam engines, written in 1868, shows us how to avoid repeating recent monetary policy mistakes.

George's first book, 'The Origin of Financial Crises', received critical acclaim for its clear explanation of the monetary policy errors leading up to the global financial crisis.

“A must read…Cooper’s book is by far the most cogent and reasoned of the modern-day ‘credit excess’ school.”

“A well written book…Cooper’s most novel doctrine is that investors do not have to be irrational to generate bubbles.”

The most intellectually enriching analysis I have found- Alistair Blair, Investors Chronicle4th December 2008

George Cooper was interviewed on

A must-read- The Economist11th September 2008

a well-written book…Cooper’s most novel doctrine is that investors do not have to be irrational to generate bubbles.- Financial Times11th September 2008