The Very, Very Rich and How They Got That Way

The spectacular success stories of 15 men who made it to the very, very top 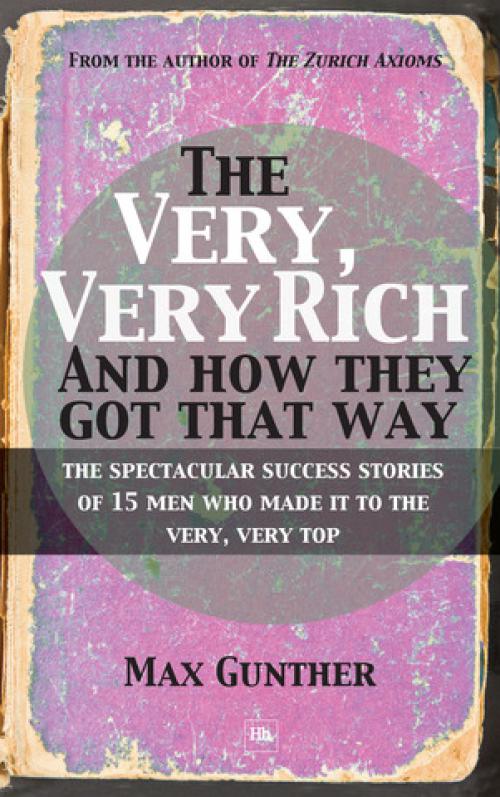 The Very, Very Rich and How They Got That Way

The spectacular success stories of 15 men who made it to the very, very top

The Very, Very Rich provides revealing insights into the intriguing world of big money, recounting the spectacular success stories of 15 men who made it to the very, very top.

In 1972, Max Gunther invited readers to take a journey with him through a gallery of America’s most prominent millionaires. The inhabitants framed here are by no means merely ordinary millionaires though, as the minimum qualifying standard to be considered for inclusion is ownership of assets valued at $100 million or more (the equivalent of $500 million today).

This classic is now nearly 40 years old but its value endures, since the key steps on the route to wealth do not change with time. These secrets can be learned from, adapted and applied by anyone today.

1. The Golden Gallery
2. From Croesus to Crassus to Cornfeld
3. How To Get Rich Without Really Trying: William Benton
4. The Salesmanship Route: W. Clement Stone
5. Can Fortune Building be Taught?
6. The Stock Market: Playing It: Joseph Hirshhorn
7. The Stock Market: Selling It: Bernard Cornfeld
8. The Scatterseeds Approach: Howard Hughes
9. Diggers and Drillers: J. Pail Getty
10. Do You Need Luck to Make a Million?
11. The Technology Route: The Jack-of-All-Trades Approach: William Lear
12. The Technology Route: The Specialist's Approach: Edwin Land
13. Who Says It Can't Be Done?
14. The Magic of "OPM": 1. The Borrowing Route: Daniel Ludwig
15. The Magic of "OPM": 2. The Equity Route: James Ling
16. Real Estate: Building Big: Conrad Hilton
17. Real Estate: Building Small: Levitt family
18. The Psychology of the Rich
19. The Promoters: Of Ideas: Glenn Turner
20. The Promoters: Of Things: Jeno Paulucci
21. Other People's Wor: Ray Kroc
22. The Mostly Late Blooomers
23. Advice from the Rich
24. Fortune Makers of the Future